A Brief History of LANVIN

THE HISTORY OF JEANNE LANVIN 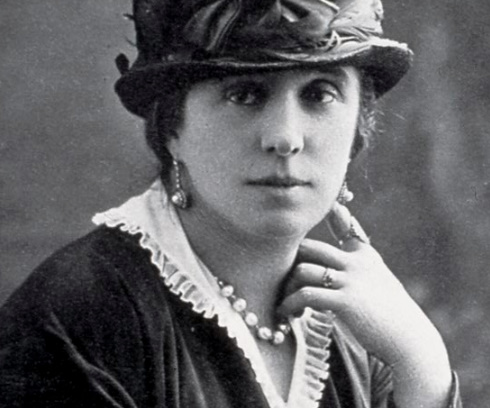 Jeanne Lanvin was born in Brittany, France, in 1867. She was the eldest of 10 children. She became an apprentice milliner at Mme Félix in Paris at the age of 16. She then trained as a dressmaker at the House of Talbot. 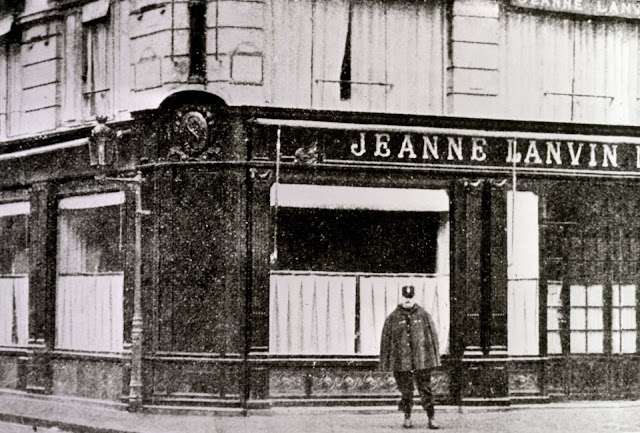 By 1890, Jeanne Lanvin was nicely settled in her own millinery shop at 22 rue du Faubourg Saint-Honoré, in Paris. 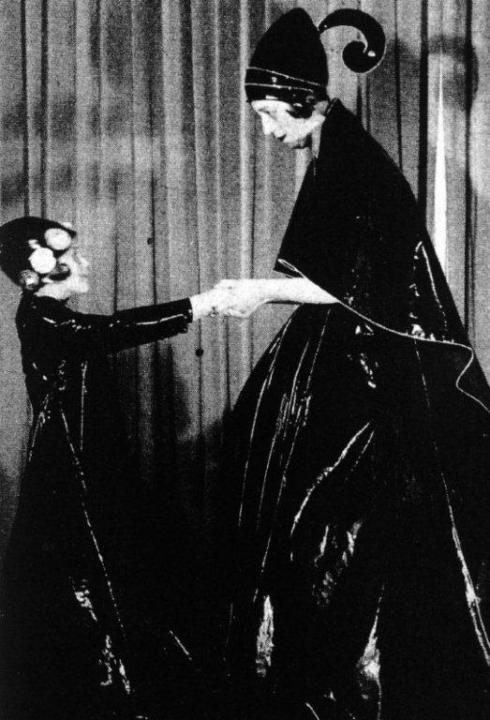 In 1895, she married her first husband, Count Emilio Pietro, an Italian nobleman. They had one daughter who was born in 1897, Marguerite (a.k.a. Marie-Blanche de Polignac). The couple divorced in 1903. In 1907, Jeanne Lanvin married her second husband, Xavier Melet, a journalist at the newspaper Les Temps. He later became the French consul in Manchester, England. 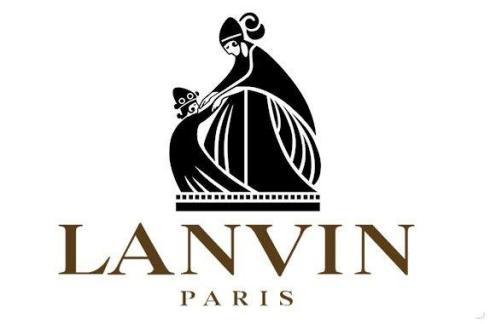 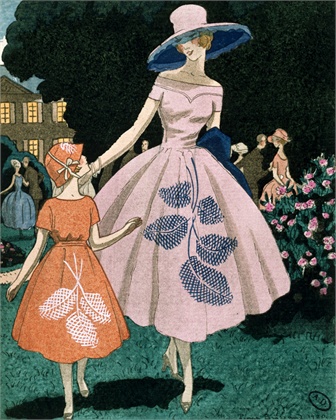 Having a flair for couture Mme Lanvin started to sew beautiful dresses for her younger sister and her daughter Marguerite. Her attractive mother-daughter outfits were in high demand by mothers who also asked her to create clothing for them. As her reputation grew, Jeanne Lanvin abandoned millinery and concentrated on the creation and sale of high fashion clothing. 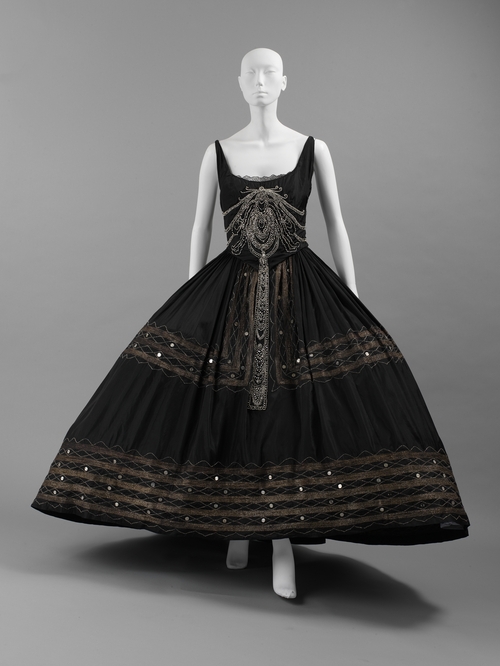 In 1909, she joined the Syndicat de la Couture thereby establishing her formal status as a couturier. Mme Lanvin became one of the most impressive and influential designer of the 1920s-1930s. She designed clothing for the Queens of Italy and Romania, English princesses, and dressed film actresses like Marlene Dietrich, Mary Pickford, and Yvonne Printemps . 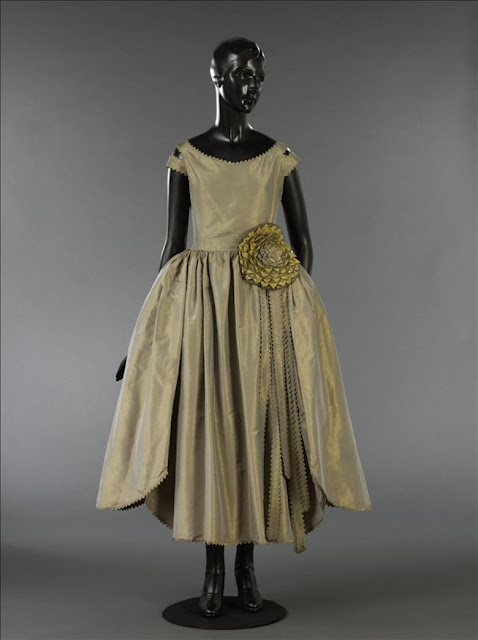 Mme Lanvin was recognized for her innovative approach to fashion as well as for her fine craftsmanship. When she conceived a garment she would select fabrics, colors, shaping techniques, and ornamentation which she deemed would enhance a woman’s femininity, beauty, and youthfulness. 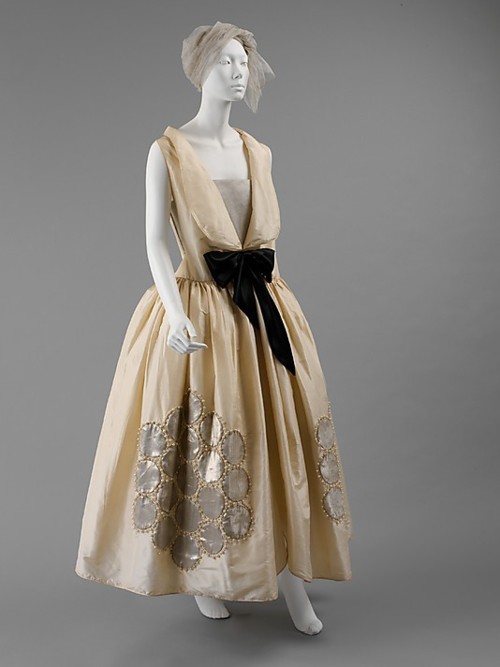 She would use softly flowing fabrics such as chiffon, lace, organza, silk, tulle, taffeta, and satin for fashioning her dresses and gowns. For more sturdy and elegant types of clothing she made use of luxurious fabrics such as brocades, velvet, and gold and silver textiles. 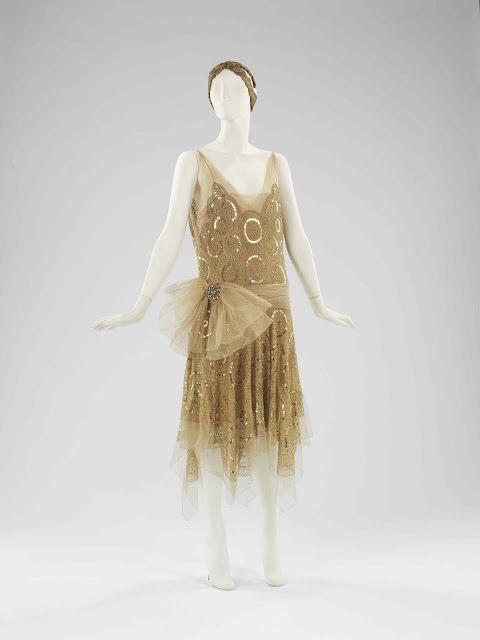 In period 1918 to 1920, Mme Lanvin created simple chemise-style flapper dresses which became quite fashionable in the 1920s. These dresses were unfitted, and resembled a straight tube or columnar shape which fell in a straight line to ankle length. 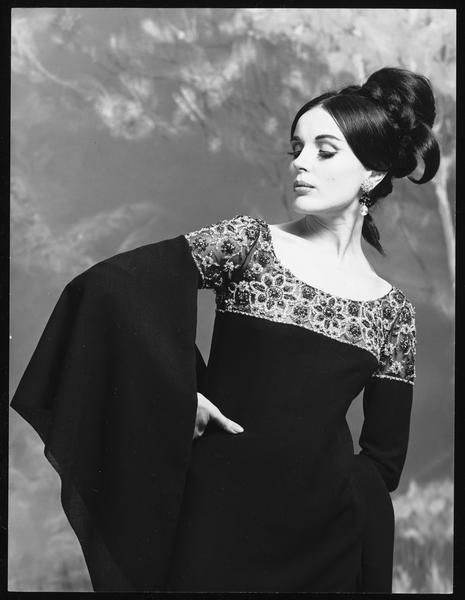 The Empire dress was based on a Classical Greek-style that became quite popular between 1790 and 1820. The fashionable Empire style dresses of the 19th Century had a high waistline and short sleeves. Mme Lanvin introduced her version of a narrow youthful Empire waistline dress in the 1910s. In her creation she added long trailing sleeves to the design. 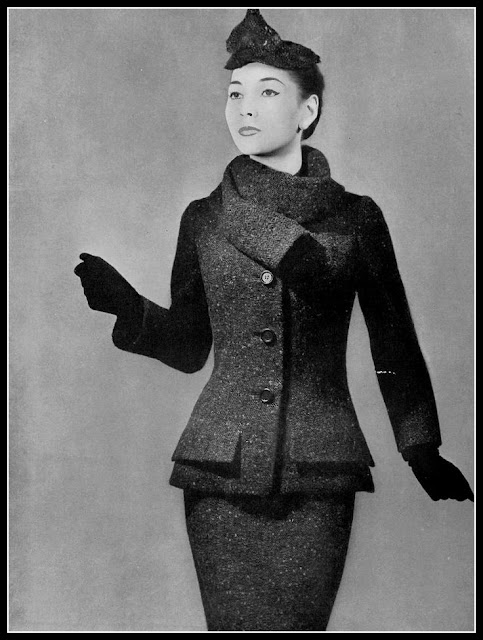 Mme Lanvin was impressed by the costumes worn by her compatriots in Brittany. In 1922, she introduced an outstanding Breton suit in her collection. The suit consisted of a lightly gathered skirt which was worn with a short braided jacket trimmed with many small buttons. The jacket had a big white organdie collar which was turned over a red satin bow. A sailor hat completed the total look of this outfit. 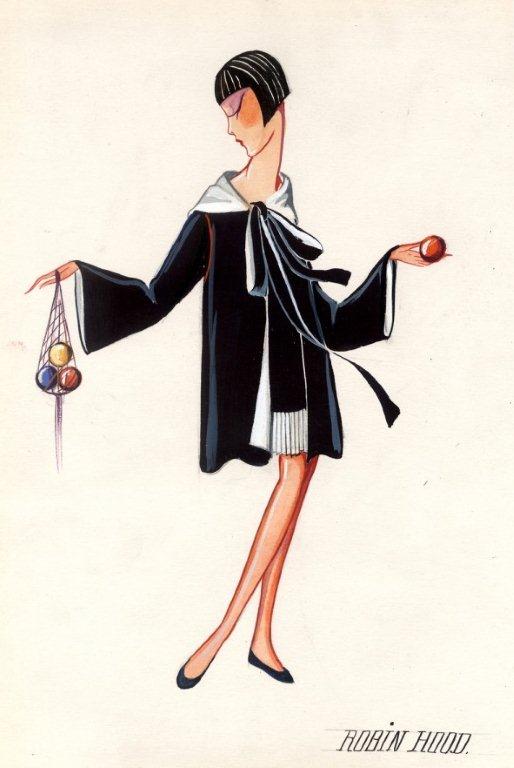 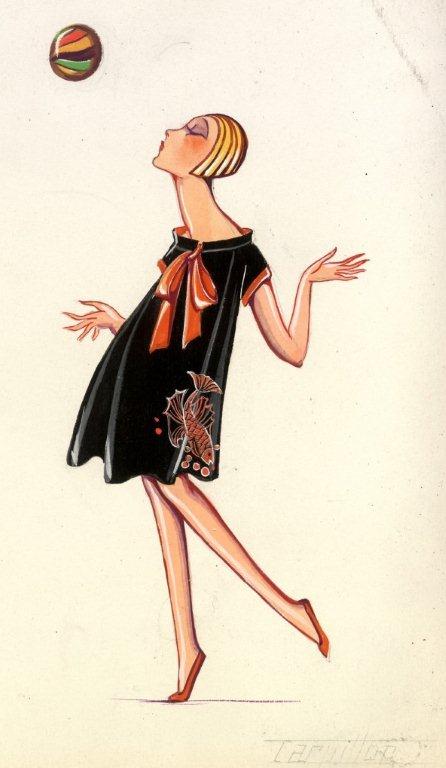 After the First World War designers introduced sportswear which freed women from wearing corsets and petticoats. In 1922, Jeanne Lanvin, like Jacques Heim, Jane Regny, Rochas, Schiaparelli and Hermès, began to create more feminine sportswear. The “gorgeous little silk dresses and accessories”, for instance, were very much in demand by tennis players. In 1926, Mme Lanvin launched her own sportswear collection in Cannes, Biarritz, and Paris. 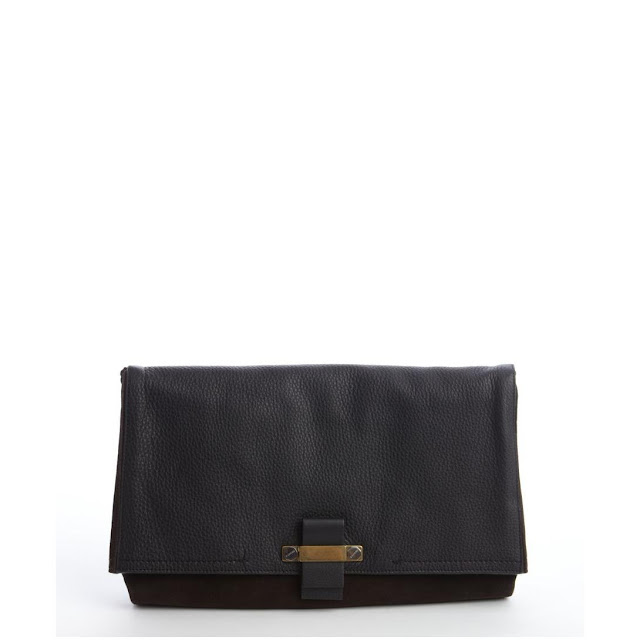 Mme Lanvin designed accessories to harmonize her outfits. Her matching day and evening clutches became quite fashionable. A clutch is a long narrow rectangular shaped hand-held handbag. By 1935 she had included in her collections a variety of handbags, gloves and hats in colors and fabrics that complemented her garments. To advertise the Lanvin brand, a discreet monogram was embroidered on the flap of the clutch, and the metal clasps on handbags were stamped with the Lanvin signature. 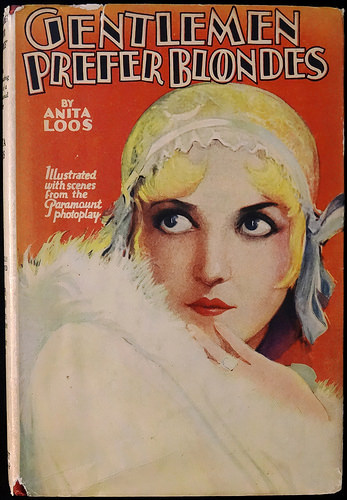 In her quest to give women a total appearance of youthfulness and femininity Mme Lanvin took an interest in new hairstyles. When Anita Loos of “Gentlemen Prefer Blondes” fame attended a showing by Lanvin in Europe, Mme Lanvin was so impressed with her extremely short hair that she had her mannequins copy the style. The short bobbed hair cut popularized by Lanvin’s models in the late 1920s was known as the “Pierrette” hair-style.

THE HOUSE OF LANVIN 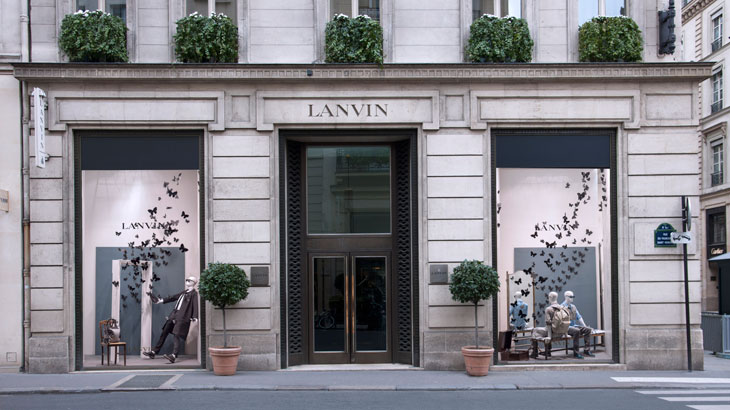 The House of Lanvin is the oldest fashion house in the world. Since its creation by Mme Jeanne Lanvin in 1890, it had remained under the control of the Lanvin family up until the 1990s. The House has since undergone several take-overs. Under the watchful eye of Mme Lanvin, the House branched out in Nice, Cannes and Biarritz and underwent a number of expansions. In the 1920s, shops were opened devoted to selling furs, lingerie, and sportswear. With the opening of a menswear division in 1926, the House had established itself as the first couture house to dress the whole family. 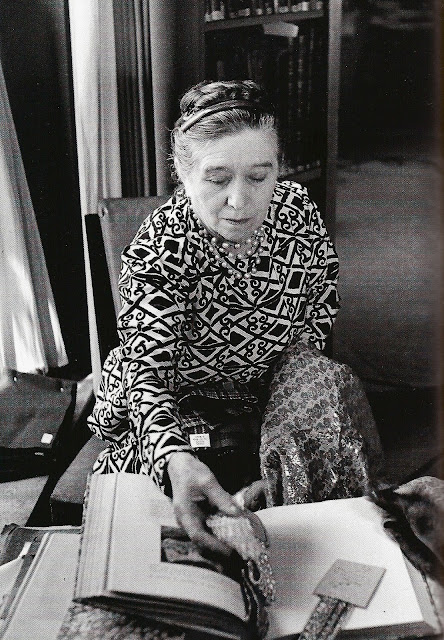 After the death of Jeanne Lanvin in 1946, her only daughter, Marie-Blanche de Polignac (1897-1958), took over the management of the House of Lanvin. Following Marie-Blanche’s death in 1958, the ownership of the house was passed to a cousin, Yves Lanvin, a fashion industry expert. 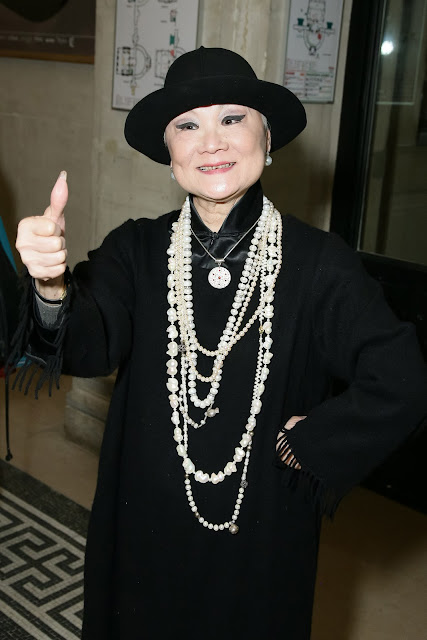 In March 1989, Britain’s Midland Bank bought a stake in the Lanvin Company from the family. In 1990, the Midland Bank sold Lanvin to Orcofi, a French holding company led by the Vuitton family. In 1994, 50% of the House of Lanvin was acquired by L’Oréal. By 1996, L’Oréal controlled 100% of the business. In August 2001, the Lanvin fashion house was taken over by the investor group Harmonie S.A., headed by Mrs. Shaw-Lan Wang, a Taiwanese media magnate. 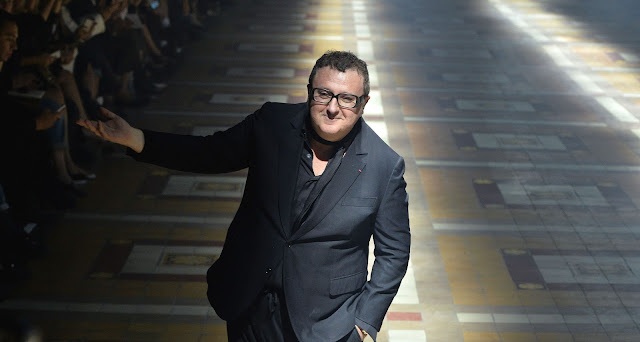 In fact, Maison Lanvin became the first fashion house to keep going after a founder's death. Several designers have since reinterpreted Lanvin's signature designs, including Antonio del Castillo, who took over after Marguerite, Claude Montana and Mr Elbaz. This elegant display clarifies exactly why Lanvin’s designs warrant returning to them: she had a talent for creating garments that would still be exquisite on the red carpet a century later. In 2006, Alber Elbaz, the artistic director of Lanvin designed new packaging for the fashion house. 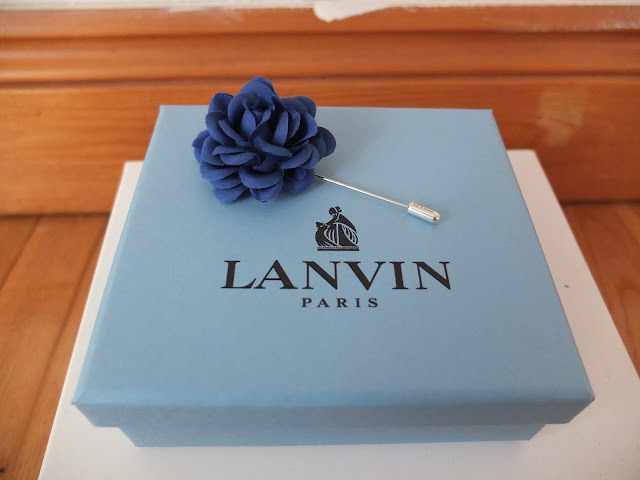 In homage to Jeanne Lanvin, the package featured her favorite shade of forget-me-not flower.

On October 28, 2015, Lanvin announced that Elbaz was no longer at the company. His position as Creative Director has yet to be fulfilled… 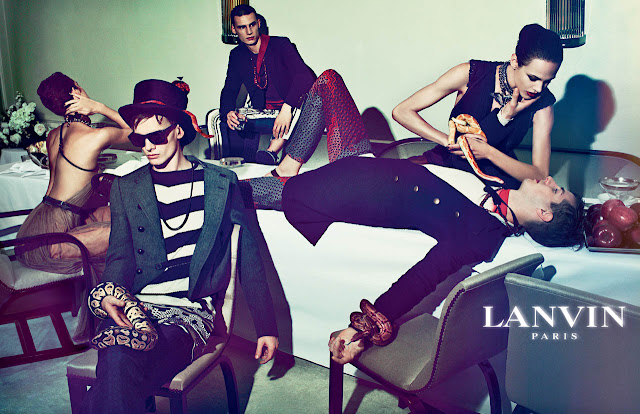